It used to be as easy as a simple injunction.
If a court found you had infringed on someone's patent, it issued an injunction
and you paid damages for past infringement.

That all changed with eBay Inc. v. MercExchange, L. L. C.(547 U.S. 388 (2006)), when the court held that injunctions in patent cases are only appropriate if the patentee can prove that any future infringement would cause irreparable harm that can't be compensated for monetarily.

The case, in a nutshell: In 2000, eBay began negotiating to buy MercExchange's online auction patent portfolio. Three years later, eBay walked away from the bargaining table. MercExchange successfully sued and sought an injunction to stop eBay from using its intellectual property. The Supreme Court overturned the injunction holding that while the decision whether to grant or deny injunctive relief rests within the equitable discretion of the district courts, such discretion must be exercised consistent with traditional principles of equity. The Court then referred to the four-factor test to determine whether an injunction should be issued.

I.E. A plaintiff must demonstrate:

"(1) that it has suffered an irreparable injury;

(2) that remedies available at law are inadequate to compensate for that injury;

(3) that considering the balance of hardships between the plaintiff and the defendant, a remedy in equity is warranted; and

(4) that the public interest would not be disserved by a permanent injunction."

Since that decision, many lower courts have denied injunctions where the patentee does not practice its patent because permitting the defendant to pay an ongoing royalty to continue using the patented item can compensate for future injury.

Now there are new questions to ask. When, how, and by whom should the ongoing royalties be calculated?

As with pre-judgment royalties, ongoing royalties have been calculated using the principle of hypothetical negotiations, only now the date of negotiation is moved forward and changes in both the bargaining positions of the parties and the legal relationship between them must be considered. Many courts are also finding that post-judgment infringement is "willful" and therefore, the reasonable royalty should be enhanced.

A big question is how, if at all, the rate determined by the jury for pre-judgment infringement should be considered when determining ongoing royalties. In Amado v Microsoft (517 F.3d 1353 (Fed. Cir. 2008)), the lower court simply took the jury rate and tripled it because any post-verdict infringement was considered willful infringement. However, the Court of Appeals for the Federal Circuit reversed, stating the lower court hadn't considered that the verdict changed the bargaining positions, and stated that a royalty could be set anywhere, provided the decision was adequately explained. Since the Amado ruling, most courts have considered the jury rate as a key data point and many have used it as the starting point for the analysis, but then also factor in changes in the economic and legal positions of the parties.

Much has transpired since the eBay decision. However, here is what we've learned:

(1) the criteria for determining the relative value of future infringements is unsettled across venues, requiring tailored legal and financial analysis;

(2) A thorough analyses of the Georgia-Pacific factors will be considered and how those factors differ in the pre and post judgment phase must at least be considered; and

(3) On-going royalty rates remain highly case-specific and intensively fact specific, but a rate of less that the jury rate is unlikely. 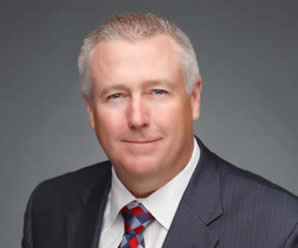 For more information about James L. McGovern
and The BERO Group visit us here.