Damage experts and attorneys should know that any claimed damages must be proximately caused by the alleged wrongdoing(s). The concept of proximate cause dates back to at least 1858, as cited in an 80-plus-year-old damages textbook I own:1

A classic statement of principal finds place in many opinions, as follows:

“The Damages *** must be certain, both in their nature and in respect to the cause from which they proceed.”

“Certain…to the cause from which they proceed.” Proximately caused by. This is the same concept, and it follows simple logic: any damages should put the plaintiff in a position it otherwise would have been in but for the alleged wrongdoing.

While damage experts are usually aware of connecting damages with proximate cause, I am sometimes surprised by how misguided some experts' understanding of it is. My favorite example of this misguided understanding is from a case I worked on many years ago. I was hired by the defendant (a bank) and the plaintiff alleged the defendant failed to fund the purchase of certain specialized equipment. As a result, the plaintiff claimed its business failed to grow and thus was significantly damaged. The plaintiff’s damages expert, an economics professor, had numerous, impressive-looking calculations in his report that purportedly supported his large damages number.2 Yet, his expert report explicitly stated: “Without regard to the equipment at issue, the business would have grown more than it had." In case you missed that, the plaintiff’s expert effectively wrote: “The damages I am quantifying here are NOT proximately caused by the alleged wrongdoing in this matter.” All of the expert’s calculations and but-for growth models were, by his own admission, irrelevant to the “equipment at issue.” The plaintiff’s claimed damages were not proximately caused by the alleged wrongdoing. 3

Foundation and Alignment are the new names for the same old rule
For many years, my expert reports usually included the following quote from a well-known book on lost profits: 4

The Proximate Cause Rule– Recovery of damages for lost profits is subject to the general principle that damages must be proximately caused by the wrongful conduct of the defendant. This principle governs the recovery of all compensatory damages. The requirement that lost profits damages must be proximately caused to be recoverable is expressed in innumerable cases. [emphasis added]

The above “Proximate Cause Rule” should always guide a damage analysis. However, I no longer include the above wording in my reports since Daubert motions have been brought against me for simply using this language to outline a proper damages analysis.

In many of my depositions, the line of questioning on this topic usually started something like:

Q: Mr. Bero, you are not a legal expert, are you?
A: No.
Q: Then why do you talk about the Proximate Cause Rule?

In cases where a Daubert motion was filed against me, my use of the “Proximate Cause Rule” has frequently been at the heart of these motions.5

At The BERO Group, we are focused on building the damages foundation. My brother, Rick Bero, has written The Litigator’s Damages Blueprint – The Pragmatic Solution,  6 a book that describes our general approach to damages. The third chapter addresses the damages foundation. A key portion of this chapter is defining the wrongdoing, then aligning the wrongdoing with any claimed damages. In other words, making sure any damages are connected to, or proximately caused by, the alleged wrongdoing – a principal as true in 2021 as it was in 1858.

1 McCormick, Charles T. Damages (pp. 97). West Publishing (1935), (citing Griffin v. Colver 16 N.Y. 489, 69 AM. Dec. 718 (1858)).
2 For purposes of this article, I will also ignore that the plaintiff bought a similar piece of equipment shortly after the bank allegedly caused it to be unable to buy the equipment at issue.
3 Since this case happened so long ago, I don’t recall exactly how it was resolved, other than it did not make it to trial and the resolution was favorable to the defendant.
4 Dunn, Robert L. Recovery of Damages for Lost Profits, 2, Lawpress Corporation (vol. 1, 6th ed. 2005). And Weil, Frank, Hughes, Wagner. Litigation Services Handbook, The Role of the Financial Expert. John Wiley & Sons (4th ed. 2007).
5 This has become fairly standard in any matter of monetarily material consequence. As of the writing of this article, none of these motions against me have been successful.
6 Bero, Richard F. The Litigator's Damages Blueprint —The Pragmatic Solution. 422 Doty LLC, 2019. 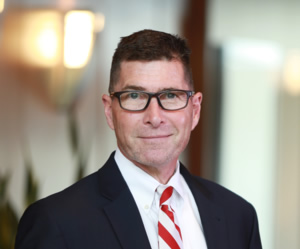 For more information about Ronald A. Bero, Jr.
and The BERO Group visit us here.